We had blown the budget with too much enjoying the good life, so were pleased to find Coronation Beach around 30km north of Geraldton.

For only $7.50 per person per night this is a fantastic location right on the beach. Run by the local council they provide drop toilets, picnic shelters and a fantastic sunset viewing platform.

Our only complaint is with the feral cats, which ate our bread when we took a fifteen minute walk around camp to stretch our legs. 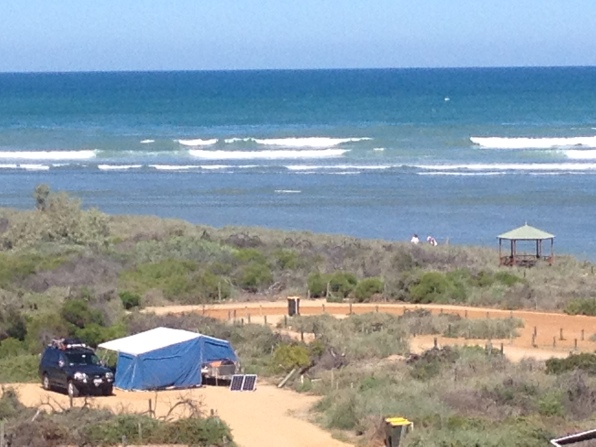 Along with picnic shelters and BBQ’s, a series of sculptures have been installed along the foreshore to bring some interest to the area. Even the public toilets look like a pair of rubicks cubes. 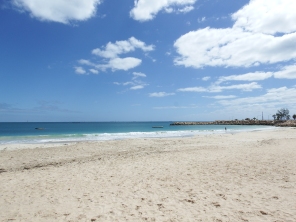 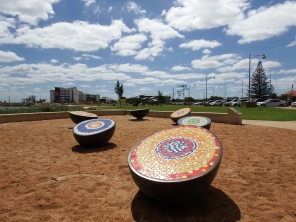 The sinking of HMAS Sydney II is one of Australia’s greatest naval losses, with the boat disappearing in on 19th November 1941. In 1998, Geraldton decided to build a memorial for this event.

There is a great deal of symbolism incorporated into the design of the memorial and we were glad to get an insight from the free tours run by the Lions club at 10am each day.

The dome of remembrance is made of 645 individual steel sea gulls to represent the 645 lost souls on board the vessel. The crew came from all over Australia, so the seven pillars holding aloft the gulls are representative of the seven states and territories.

The waiting woman is representative of the women who lost their husbands and sons in the disaster. She is holding her hat against the wind as she stares out to sea. 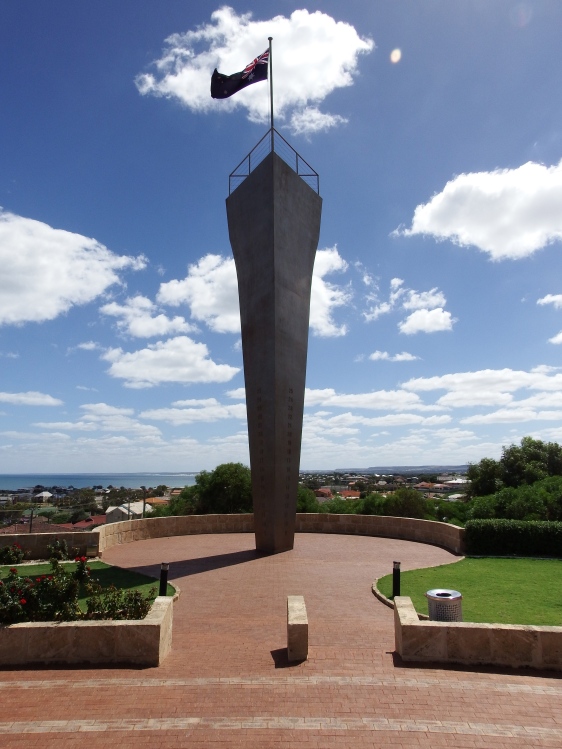 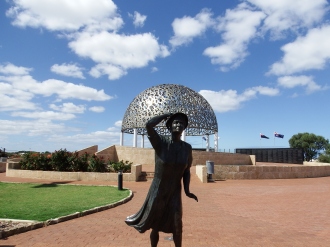 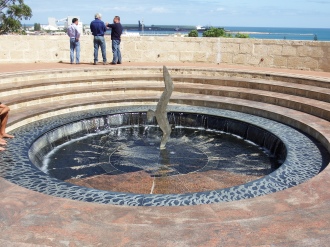 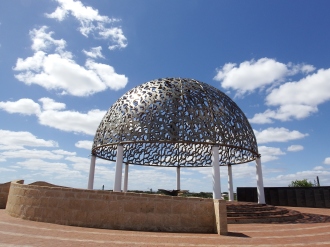 The wreckage of the HMAS Sydney II was found on 16th March 2008. The location of the wreckage bore some uncanny parallels to the memorial sculpture. Such as the direction that the waiting woman was gazing out to see is in direct alignment with the location of the actual wreckage. Secondly the bow of the boat had been ripped from the main and was found standing upright similar to the steel bow component of the memorial.

The final component of the memorial is the pool. Using different coloured granite to depict a map of the coastline, a gull protrudes from the water, its wing marking the final resting place of the HMAS Sydney II on the map.