We had five jam packed fun filled days in Darwin.

We had heard the best Darwin sunsets were from the Ski Club. We weren’t disappointed. Happily the food was good and also in our price range. We enjoyed our meal and a few drinks accompanied with live music.

Afterwards we jumped in a cab into the town centre. The cabbie dropped us off in Mitchell St advising us that Monsoons and Shenanigans were the places to go. Shenanigans was the nearest so we headed on in. The place was chockers and it was only a Tuesday night. We soon discovered why. Tuesdays was pub quiz night and obviously popular.  We enjoyed Shenanigans so much we didn’t make it down the road to checkout Monsoons.

The next day was Territory Day. The only day of the year that it is legal to buy fireworks in the NT. There were signs up everywhere advertising where to buy them. We decided against spending our own dough on the fireworks opting to watch the public display at Mindil beach.

We headed down early to make sure we could find a park. Although the Mindil markets are usually held on Thursdays and Sundays, a special market held for Territory Day on Wednesday. We spent some time moseying around the stalls looking at the craft and food items available. We then found ourselves a possie on the beach to watch the sunset.

Just before the sun started sinking over the horizon a couple of parachutes jumped over the beach flying the NT flag. It was quite a spectacle. After sunset we grabbed some food from the market and settled in to watch the entertainment.

After several singers and a performance by the chooky dancers, Jessica Mauboy was on. She put on a great performance and we enjoyed the show. The finale was of course a spectacular fire works display launched from several pontoons in the water. A music soundtrack accompanied the display and we thought it was all put together really well.

We struggled off the beach with the thousands of other spectators and made it up the hill to the car. We were fortunate to have parked where we had as we were one of the first cars out and were back at the caravan park in only a few minutes.

The rest of the night sounded like there was a war being waged outside. The canvas tent did not do much for sound insulation! The constant bang of fire works being launched meant we didn’t get much sleep. 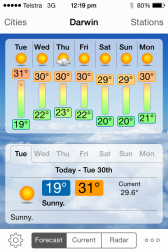 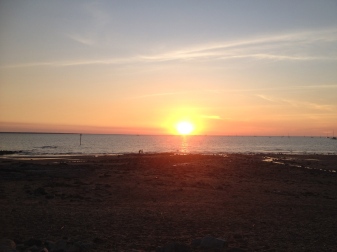 Sunset from the Ski Club 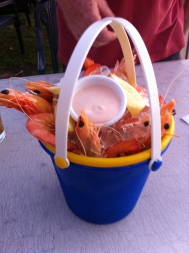 A bucket of prawns for starter at the Ski Club 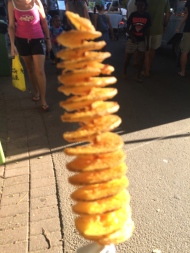 Potato twister at the Mindil Market 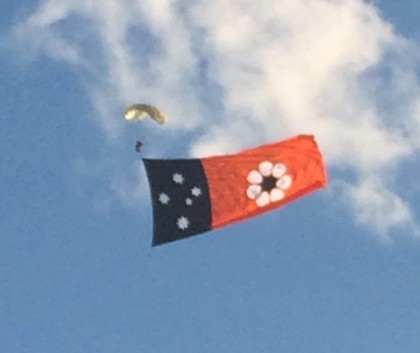 Parachute jumper with the NT flag for Territory Day 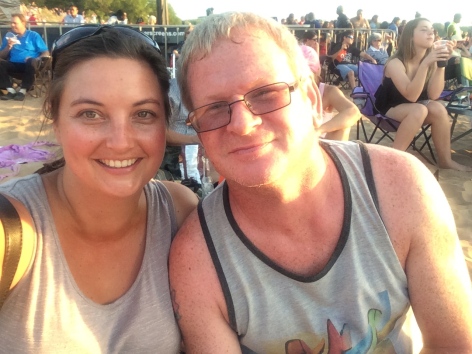 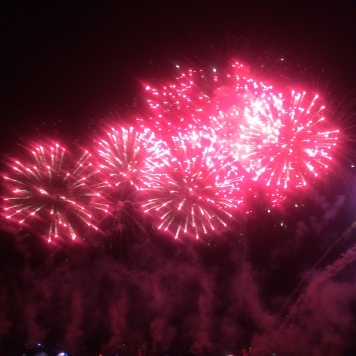 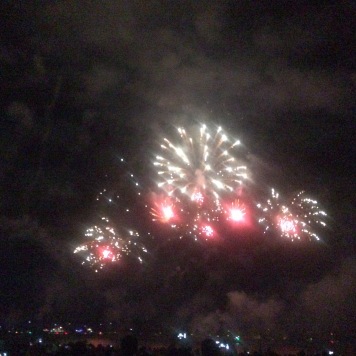 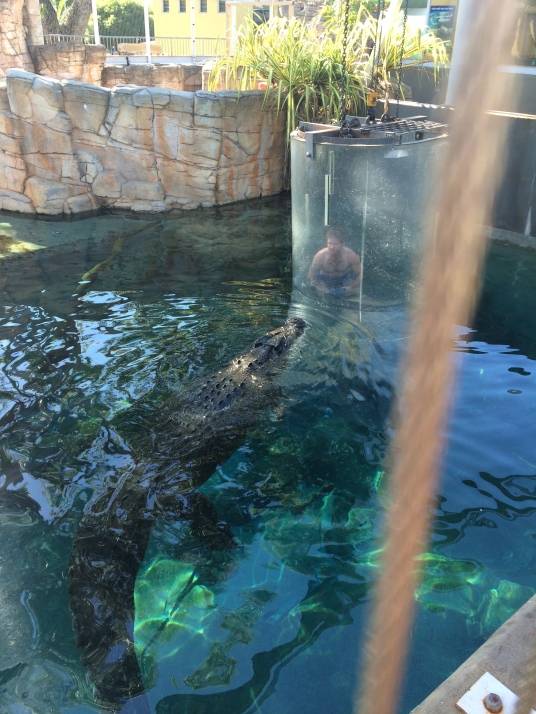 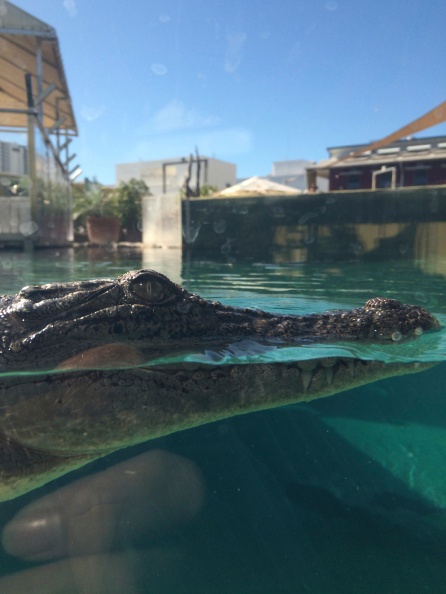 Up close at croc cove 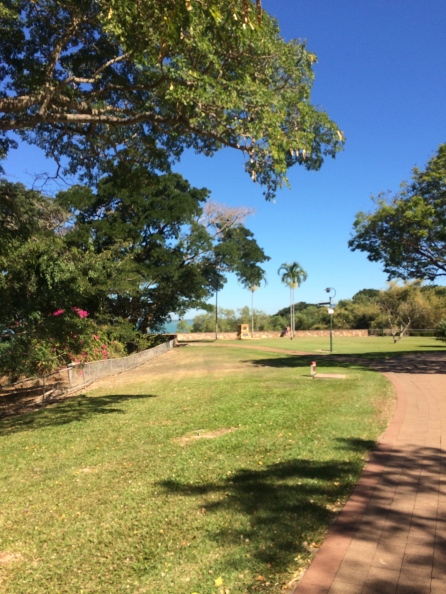 We caught up with Emma’s sister’s father-in-law while we were in town and a few quite drinks turned into a big night, thanks Bernie.  We didn’t quite get up early enough to see the fish feeding the next morning, although we did manage to finally get around to washing the car.

Later that afternoon another car was pulling into the camp ground and asked us to move the car so they could reverse in we found that the battery had gone flat. It could have happened in a much worse place so we weren’t too upset. A few phone calls and a couple of hours later we had a new battery installed in Paj.

Our final couple of days were spent checking out the bicentennial park along the shoreline and collecting information from the visitor centre for the rest of our visit to the NT.

We did to the Croc-a-saurus Cove. Unfortunately we were rather disappointed and were very glad that we hadn’t shelled out to do the cage swim with the crocs. The only section we liked was the reptile house which was really interesting.

There were a heap of other things to see and do in Darwin, but the caravan park was fully booked and we couldn’t extend our stay. Once again we were on the road.

One thought on “Darwin”