Cooktown is named after Captain Cook (the first British explorer to map the east coast of Australia) who sailed into the harbor here to enact repairs to the ship after damaging the hull on a reef in 1770.

If staying on sealed roads, this is the most northerly town you can reach on the York peninsula, 328kms north of Cairns.

We checked out the shops in the main street before taking a walk along the harbor. It seems like quite a prosperous little town. As we were about to turn back we saw a ray leap out of the water, a shark fin zipping through the water swiftly followed the movement. The water splashed and churned as the chase continued. A few more frantic leaps by ray was followed by a sudden silence. The shark had caught his lunch.

We decided it was too hot to attempt the walk up the hill to the look out so headed back to camp. Although the caravan park we stayed in was very nice, it was located at the bottom of a hill and didn’t receive any cooling sea breezes. So later that afternoon we headed to the ‘Top Pub’ to enjoy the cool breeze and a few refreshing beers. Happily the pub had a courtesy bus so we got a lift home.

The next day we were feeling rather hung over and ended up spending the whole day in camp. This time we used the swimming pool to stay cool.  One bonus of hanging around camp all day was that we were able to have a fire and get enough coals going to cook a great camp roast. 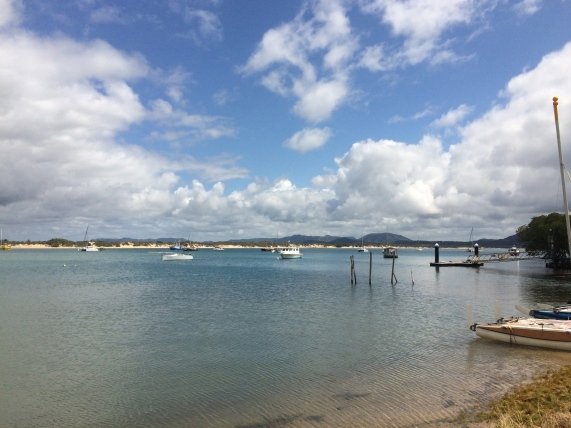 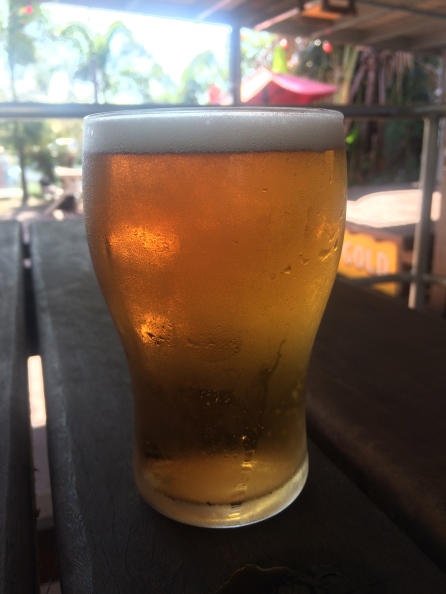 Beer at the top pub, Cooktown 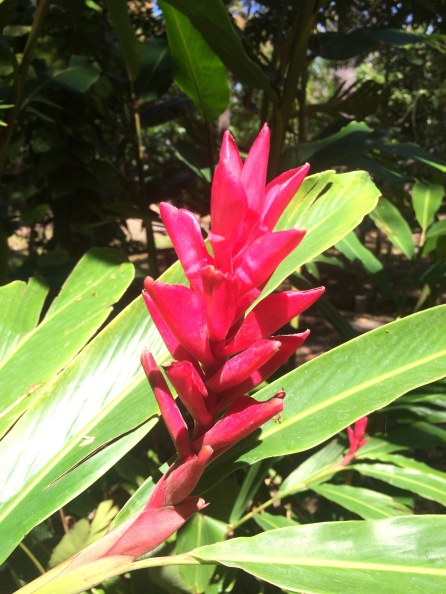 Red Ginger in the botanical gardens 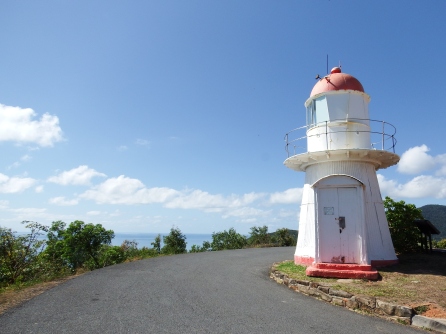 Our final day in Cooktown we thought we better check out some of the sights. We headed up to the lookout point to get a spectacular view of the bay.

Next we visited the James Cook museum. Housed in a big old convent building the museum is now home to the original anchor and a cannon of the Endeavor. Cook jettisoned these items in an attempt to reduce weight following the Endeavour’s hull breach. The items were then recovered in the 1970’s.

The museum also has displays describing the reaction of the local aboriginal people to Cooks arrival and the subsequent history of the town through the gold rush era and life of a nun. We found the museum to be very interesting.

In the afternoon we headed over to the botanical gardens. Wandering through the gardens was a very peaceful and a relaxing way to spend some time.