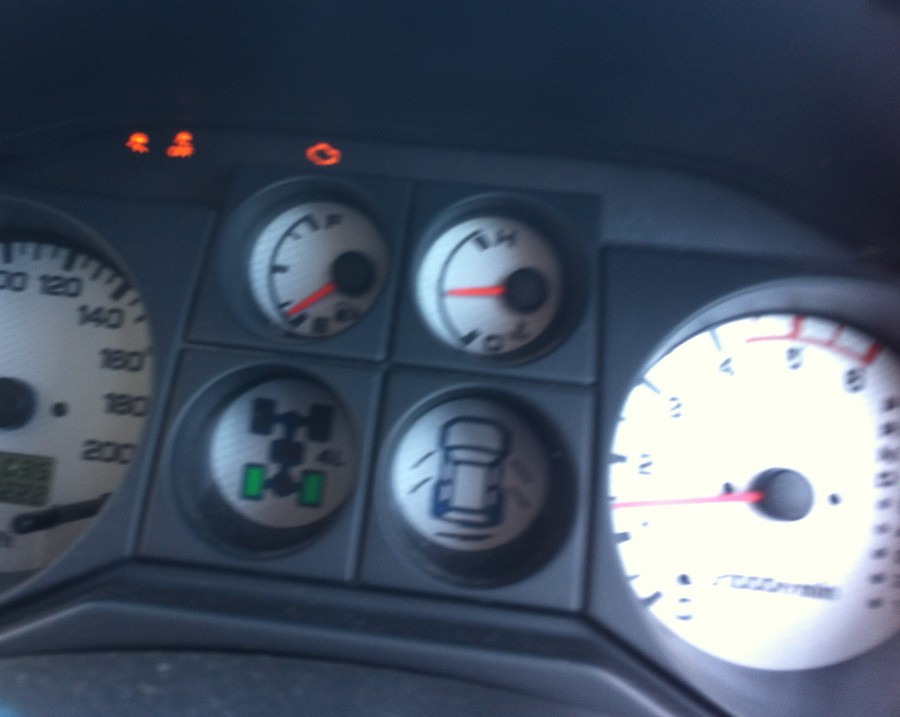 So for some time now, we’ve been getting these odd warning lights come up on the dash. The ‘check engine’, ‘stability control’ and ‘stability control off’ lights would all come on together. It would only happen intermediately so we weren’t too concerned. We mentioned it to the Mitsubishi service centre when the car went in for a recall check for the headlights around 3 months ago, but they couldn’t replicate the problem.

A few months ticked by, and the issue would occur on a more frequent basis. Finally we were due for a service and safety inspection before we depart. There were no areas of concern thankfully, but they couldn’t find the cause of the fault lights.

A few days before the service the ariel had popped out. They weren’t able to fix it on the day of the service as the part needed to be ordered, so when we booked the car in to have the ariel done we asked them to run a diagnostic on the system as the fault was becoming a bigger concern when we realised that we couldn’t use the cruise control while the fault lights were on. When Em picked up the car, Mitsubishi told her that they weren’t charging for the diagnositc as there were no fault codes in the system.

Although pleased it hadn’t cost any extra, she was frustrated that the cause had not been found. Em had just started the engine ready to drive away when Craig called. As it was a warm day she turned the air conditioning on while talking to Craig. The fault lights came on!  Ending the call with Craig she marched back into the service centre and summoned one of the techs. He sat in the driver seat while Em stood outside the car talking to him through the open window. As the fan was running quite high, the tech turned off the air conditioing to hear – and the fault lights turned off.  We had finally found an indication of what was going on. It also explained why the fault had been occuring more frequently recently – the weather had been warming up and we were using the air conditioner more often.

The car was booked in again for a diagnostic check.   This time having an idea what they were looking for, the technicians were able to determine that there was a fault with one of the valves in the stability control system. As this linked in to the electrical system, it triggered when the air conditioinig was also running. Hallaluja we’d finally found the cause!  Curses it was $500 just for the part 😦

Paj was booked into the service centre for the fourth time and they installed the new valve.  A total of four visits ended up costing a fair bit, but we’ve had no problem since then and are confident that the car is ready to hit the toad.