It is a large park and the there are many four wheel drive tracks to take, however to access the northern end you need to drive along the beach and we were unprepared.  The rangers were only allowing cars to travel in pairs or groups and we hadn’t allowed enough to get there and back when the tide was out.

Although slightly disappointing there was still plenty to see and do in the southern section of the park.

We started off at Templetonia Lookout, which would normally offer 270 degree views of the surrounding bays but the weather didn’t let us see much.  Craig wasn’t impressed.

Next stop ways Almonta Beach which is popular as a fishing beach.  There were a couple of 4WD parked on the beach and a boat bobbing around on the water but it was too far out to know if they were having any luck.

Further along the track was Point Avoid.  This was a beautiful beach and we had it all to ourselves. 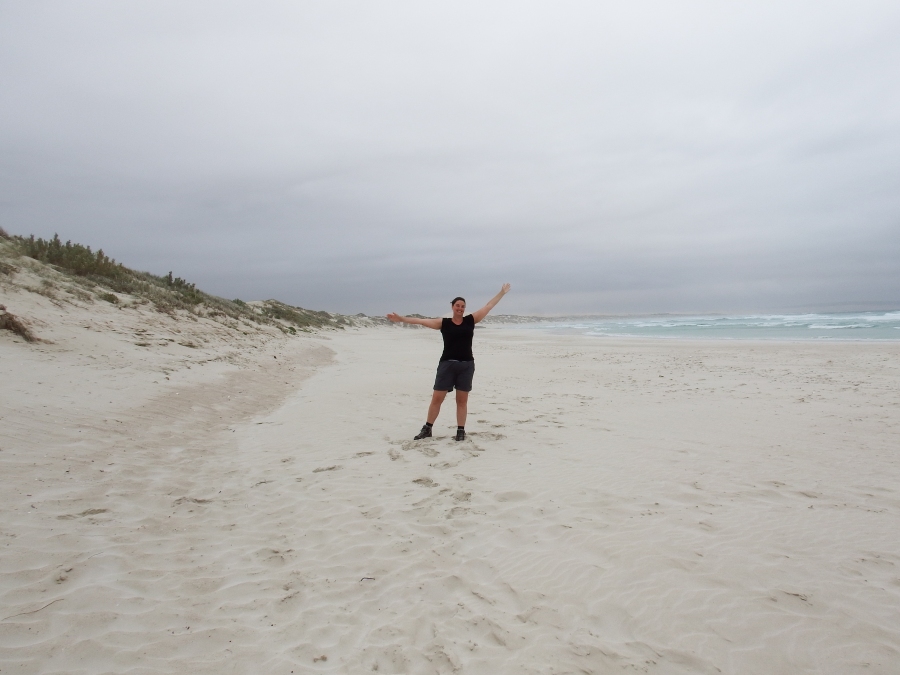 This would be a spectacular spot when the sun comes out.  We carried on down a short 4WD track to Flat Rock. 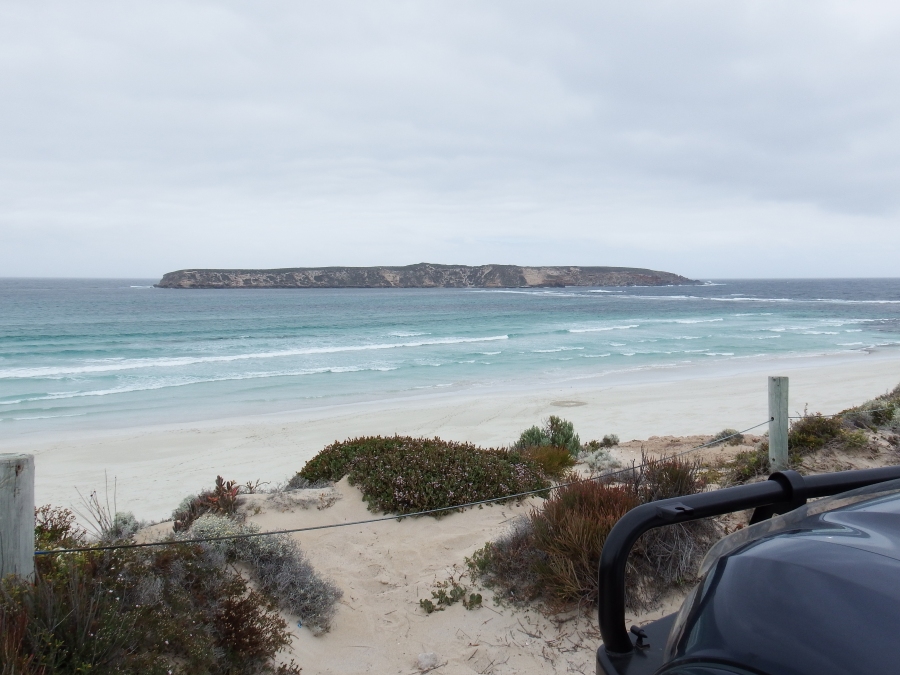 Next we moved up to Yangie Bay where we had a picnic lunch before following a walking trail up the hill.  The sun finally came out from behind the clouds.  As we walked back down the hill we commented on the noticeable absence of wildlife compared to KI.  That’s when we came across this roo who bounded off and hid in the bush after we startled him.

On the way back to the car we spotted this sealion lazing in the bay.

We could have given up to Black Springs where there were more lookouts and hikes, but we were both tired and decided to call it a day.